Are you always fascinated by people who sit across from each other, carefully examining their opponent and the moves they make over a table of chess? Playing chess is not just a hobby but it is how many people exercise their brains and get the thrill of the game. Do you want to become a chess master? You should definitely give it a go!

If you struggle with your memory, then playing chess can help you improve the way you remember things. The game exercises your ability to memorize different moves and what they can result in.

According to research, Chess grandmasters have heightened auditory senses that help them retain auditory memory. Since chess players have to be very attentive during their games, they improve their memory by recalling all the moves they and their opponent make.

Researchers have concluded that students who played chess had better creativity in comparison to students who did not. This shows how chess players use their minds creatively since they have to come up with moves and ensure they improve their chances of winning.

Chess is a hyper-focused game that demands players to be attentive through and through, calculate every move, and pay attention to what the opponent is plotting. The impact of playing chess could be seen in students with ADHD. It helps such students channel their hyperactivity and pay undivided attention to the game alone.

How to Become a Chess Master

Before you start your journey to becoming a chess master, it is important that you get yourself a good set of chess. It is best to get a wooden set  as it is a classic and will give you the feeling of an expert right away. 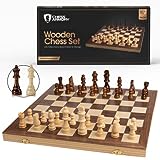 The very first thing you need to learn is to set up the chessboard. Lay the board out in a way that each player has a white box on their right-hand side. The pieces of chess are always arranged in the same manner. You can use up two rows to set up the pieces.

The second row has all the pawns and in the last row, you have to place the rooks in the extreme corners followed by the knights. Place the bishop’s right next to the knights. Add the bishop and finally the queen. It is important to place the queen on the same colored box for each side. Lastly, place your king on the square that’s left.

If you make that move, you will capture their piece. This is the entire point of the game. You must capture as many pieces as you can. If you are having difficulty understanding the concept, you can read a book  and get the details you need.

The King is without doubt the most important piece of the game. It can either help you win or be the reason for your loss. The rules allow you to only move your king one square. However, that move can be in any direction you want. Typically, your king does not move into the center of the game and is always attacked. When an opponent captures your king, the move is called ‘check’.

Your queen is the strongest piece. You can move your queen in the straight direction which can be any of the allowed moves. Your queen is not allowed to surpass your own pieces. As soon as your queen captures the piece of an opponent, her move ends.

You can place the rook backwards, forwards, towards the sides, and far, according to your preference. The rooks protect each other and work simultaneously to help you win the game.

The movement of the knight is like an L. You can move the knight two spaces up in a single direction and then move it at a 90-degree angle.

The pawn’s movement is different than all the other pieces. Despite moving forward in one direction, they can still capture the opponent’s piece diagonally. You can only move your pawn one square forward in one move and then two spaces in the next move. You cannot move the pawns backward in any direction.

Chess games can take up a lot of time. Many players can make several minutes just to make a single move. This is why in chess competitions, people use digital clocks  that record the time for each move. If you want to be a master, you should be quick on your feet and make the right moves within the shortest time possible. 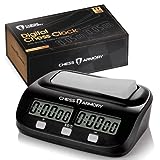 Chess is a great hobby and it is very healthy for your brain. The game can help you improve focus in almost everything you do. So, instead of wasting your time lazing around, it is a great idea to learn to be a chess master!