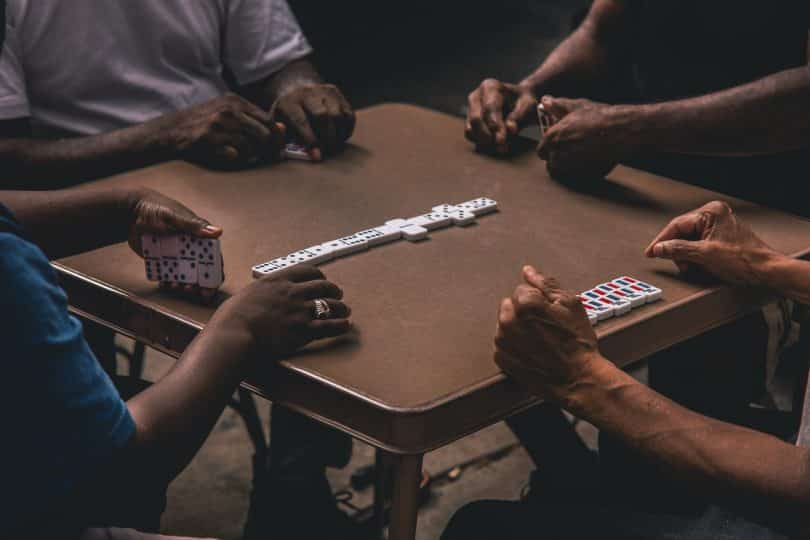 People of all ages, from kids  to adults , love playing Dominoes. The fun and the easy-to-play game has historical origins. It’s the perfect game for a family game night or a brunch game with friends. Not to mention, games are more than just a hobby for some people. If you enjoy board games, puzzles, and similar activities, you should try playing dominoes. 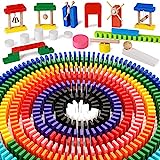 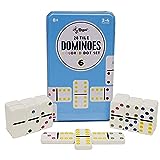 A lot of people live with this misconception that it is a highly competitive game, but this isn’t entirely true. While the domino game has many versions with varying levels of difficulty and complexity, learning a few strategies can help you master the exciting game.

If you are new, let’s have a look at the basic setup and rules of playing before we move on to tips and tricks. After all, understanding the basics first is crucial to mastering any game.

Like any other game, playing dominoes requires that you familiarize yourself with certain names and terms. Remembering these will help you become a pro at dominoes.

Mexican Train Dominoes Set Tile Board Game in Aluminum Carry Case Games with Colorful Trains for Family Game Night, for Adults and Kids Ages 8 and up
$14.49

You start by placing the bones face down on a table. Then, it’s time to shuffle all of them by moving them around on the surface of the table. Each player selects 7 bones and keeps them in front of them in a standing position. It is important to make sure that your opponent is not able to see the value of your bones. The game starts with the player who has the highest value of doublet. These could be any value from double sixes, double fives, double fours, or double threes.

The player with the highest doublet goes first. It is played by placing the tiles vertically on a flat surface, such as a table  or floor. Doing so will make it easy for you and your opponents to identify the bones easily. The second player plays using a bone with a matching value. 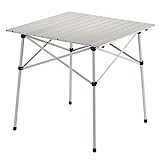 For instance, if the first player played with a 5-5 bone, the second player’s playing bone must also have a 5 at the end. Oftentimes, you may not have such a bone. When you can’t play your turn, you must say ‘pass’ so your opponent can play their turn again.

The game proceeds when you and your opponent take alternative turns and place matching bones at one of the two open ends.

The game ends if both players are unable to place a tile on an open end. In this case, the winner is the player with the lowest total, and the losing opponent’s tile value is added to their score. Then, the game restarts by shuffling the tiles. Now, the loser takes the first turn and is allowed to lay any bone.

You can keep an overall target score such as 50 or 100, depending on how long you want to play the game. Or, you can also make your own rule for the winning part, such as the most points or the most hands.

Some people think that you need sheer luck to win at dominoes. They believe that there is no strategy involved in what tiles a player draws and their opponents lay down. In reality, this is not the case. You can use the following tips to increase the odds of winning at dominoes.

Be Quick to Play Your Doubles

You don’t get much opportunity to play doublets as the game proceeds. This is normally because they have the same suit value on both ends. Moreover, they are also usually high-point tiles. For this reason, it is smart to play them at the beginning of the game.

Just as it is best to play your doublets as quickly as you can, you must also play your heaviest tiles first. Heavy tiles refer to tiles that have the highest values. This reduces your risk of ending up with the highest points in case the round is blocked. Moreover, you can’t be certain of who wins the round; it is best to play safe by getting rid of high-value bones so that you don’t add points to your opponent’s score in case they win the round.

Keep a Range of Tiles in Your Hand

It is essential that you have a range of various tiles in your hand so that you are able to match as many tiles as you can. This will also ensure that your opponent doesn’t get any extra turns if your turn is blocked because tiles are unavailable. Keeping similar suits will keep you stuck in the middle of the game.

It is important to observe your opponent’s moves in the dominoes game. Take note of what tiles they draw from the boneyard. They may be doing so when they can’t play, which suggests that they will face the same situation again if the same numbers are on the board. You can play strategically to block your opponent’s game.

Having a hobby for games and puzzles is similar to having a passion for dancing or singing. However, games are more strategic than practice. You can easily master games such as dominoes if you learn and implement a few strategies. While there are many tips and tricks that you can learn while playing the game, the above-mentioned strategies can help you get off to a good start. You can also master the game for an upcoming family game night or party with friends.