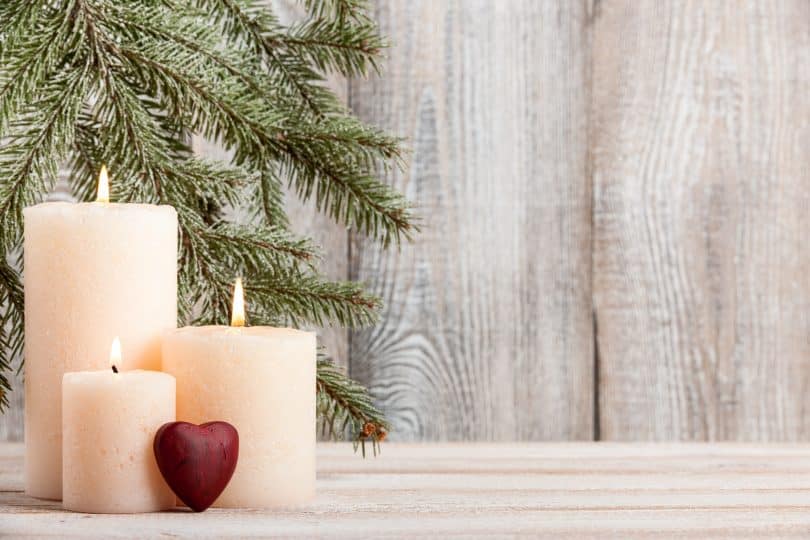 Finding the best wax for candle making can be a little tricky, especially if you’re looking for more natural solutions.

There are pros and cons to every type of wax—it just depends on what type of candles you want to make and what ingredients you want in your finished product!

So what’s the best wax for candle making?

Here are a few types of wax, with recommendations on what to use them in.

Paraffin wax is a cheap, affordable way to make free-standing candles. However, there have been some health concerns surrounding paraffin wax, so many candle making companies and individuals are taking to natural alternatives.

Candlemakers often use paraffin wax to cut costs, but they burn quickly, even with the addition of stearic acid. Natural waxes or paraffin blends last significantly longer than candles made just with paraffin wax.

This wax carries fragrances much better than natural waxes. Scents from paraffin waxes tend to circulate much better and there aren’t many waxes that can offer a comparable scent throw.

Paraffin wax is also much stronger than most natural waxes. When you’re making taper or pillar candles (especially if it’s going to be a decorative piece), you’ll need something that can hold up well. Unfortunately, most natural waxes don’t quite cut it.

Let’s be honest—a lot of companies just use paraffin blends to be able to slap the word “soy” on their candles.

Some paraffin blends do offer the great scent throw of paraffin wax, combined with the longer lasting burn of soy candles, but they still raise similar health concerns. (But if you have to go with paraffin, blends are definitely the best option.)

Paraffin is frequently blended with soy or beeswax. Beeswax/paraffin is a good option for candles that need extra support, like taper and pillar candles. Soy/paraffin blends can still stand on their own, but they’ll need to be mostly paraffin.

Natural waxes are a bit softer than paraffin or beeswax, but they make great poured candles. Put them in mason jars, whisky glasses, tealight tins, or whatever container you’d like, but don’t expect them to stand on their own!

Beeswax is probably the most popular natural wax for candles. While they can’t quite match paraffin’s scent throw, it’s a great, sturdy wax for making things like taper and pillar candles.

While beeswax can get pretty expensive, it makes candles that last much longer than the ones made with paraffin wax. There are also other advantages—they have a nice natural scent, look better, and burn hotter, which reduces soot.

It’s not quite as easy to work with as other softer waxes like soy and palm wax, but, in general, beeswax just makes a great candle.

Soy is currently the gold standard of vegetable waxes—it’s soft, has a decent scent throw, and is relatively cheap compared to other natural waxes. Soy candles also have a nice matte look that candle lovers have become fond of.

However, people typically aren’t fond of the way it burns—particularly the bubbly, uneven surface that can look a bit strange. But if you’re not worried too much about bubbly surfaces, soy makes a great candle.

Soy blends are a bit more common. Mixing them with beeswax can get a more even surface that doesn’t bubble like regular soy wax does, but it can be difficult to work with.

Both beeswax and soy are a little finicky about what scents they’ll take. Combine the two and it can be hard to find a scent that takes well!

Palm wax is another cheap vegetable wax comparable to soy. It’s often cheaper, but raises some concerns in regards to ethics and sustainability. Many sellers aren’t transparent about the source of their palm (or just don’t know), and most palm oil isn’t sustainably sourced.

However, if you can find a good seller who knows how their product is made and where it comes from, palm oil can be sustainably sourced—it’s just a bit of a rare find.

Palm wax typically has a much better scent throw and burns more evenly than soy wax. It doesn’t burn quite as long as beeswax, but it has a better scent throw. It also has a higher melting point than both paraffin and soy and, in general, is a more stable wax.

Coconut wax has a great scent throw, burns slowly, and is usually a more eco-friendly option than other natural waxes. Its price definitely reflects all of that, but it makes some of the best natural wax blends.

Coconut oil makes a somewhat unstable wax, making it pretty unreliable when used on its own. It’s a soft wax that really doesn’t hold up to much.

But the addition of just a bit of beeswax makes an amazing natural wax blend. Beeswax/coconut blends make a firm candle that looks and smells amazing. It also takes to scents a bit better than just beeswax, since coconut oil doesn’t naturally have a strong scent.

My personal opinion? I’ll always opt for beeswax. I love it on its own, but it also makes great natural wax blends with softer waxes. (Coconut wax and beeswax is a match made in heaven.)

But when it comes down to it, it just depends on what type of candle you’re working on. Beeswax is great for decorative or pillar candles, coconut is great when you need a natural wax for poured candles with a good scent throw.

As you get more hands-on experience, you’ll learn a little more about which waxes are easiest to work with. There are tons of options to play around with, but the waxes on this list are a great place to start!

There’s a lot to think about when choosing the best wax for your project, but hopefully, this has helped outline some of the pros and cons of all the different waxes.

What are your favorite waxes to work with? Or, which ones have you found that just didn’t quite cut it? We’d love to hear from you in the comments below!