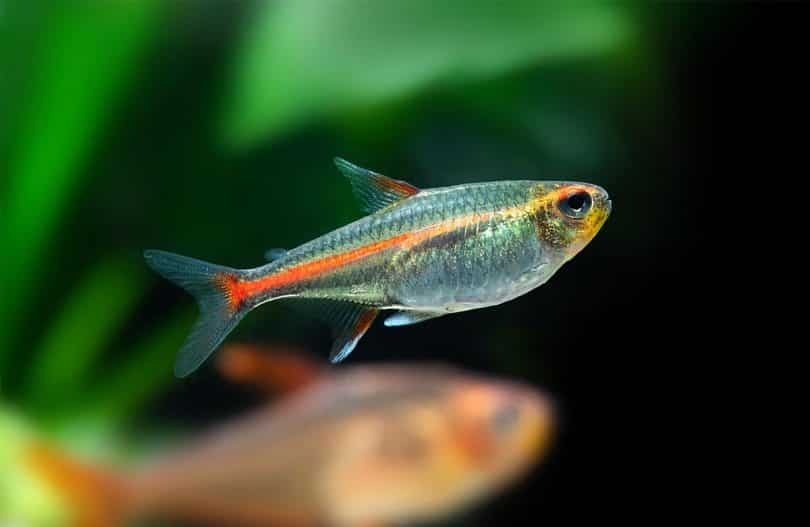 Iwagumi is a simple, elegant approach to aquascaping. Though it requires a lot of upkeep, it doesn’t require quite as much in the way of resources as other types of aquascaping.

Other styles put more focus on variety. Iwagumi uses only stones as its focal point, with little greenery and few fish, making it accessible to new aquascapers.

Imagine an open, rocky landscape with just enough greenery to cover the ground, a flock of birds circling overhead. Except now it’s underwater and you have fish instead of birds. Iwagumi is a beautiful way to replicate landscapes in your aquarium.

In terms of materials needed, Iwagumi aquascapes are incredibly simple. The only hardscape material here is rock.

Seiryu stones are the go-to for Iwagumi, as they typically have jagged formations and deep cuts, much like the formations in naturally occurring rocky landscapes.

Plants should be fairly minimal—think grass-covered rocks with some larger stalks cropping up here and there. This part requires some maintenance and constant trimming, but it’s well worth it!

You’ll also want substrates that can support your plants. Use a combination of ADA Power Sand and ADA Aqua Soil Amazonia or something similar.

If you’ve maintained an aquarium before, you already have an idea about what kind of equipment you’ll need.

Most aquarium problems can’t be seen, so you need to monitor your water and check for things like temperature, ammonia content, and pH levels. You’ll also want proper lighting so your plants get enough light and the water stays warm enough. 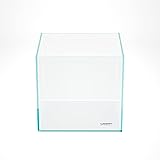 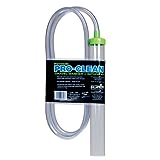 When creating your aquascape, you’ll want to keep a few things in mind. For your first aquarium, Sanzon Iwagumi offers a simple approach and focuses on a landscape with only three stones.

The Best Stones for Iwagumi

While this ultimately comes down to personal preference, my favorite stones to work with are definitely Seiryu stones. Larger ones with deep cuts make a nice focal point.

Most Iwagumi aquascapes utilize three stones, but you can add however many you’d like. An odd number is always recommended, as it almost forces you to create something asymmetrical and breaks up the arrangement a bit.

For the largest stone, you’ll want to keep the “golden ratio” or rule of thirds in mind.

Imagine a grid with two vertical and two horizontal lines dividing your scene up. The red dots below represent points of focus. For large stones, you’ll want them to reach the top line with the point at one of the upper points, with smaller stones at one of the lower points.

It’s a simple guideline for creating aesthetically pleasing scenes, but play around with it and choose what you like best.

SevenSeaSupply 5 lbs. Seiryu Stone Rock Aquarium
Seiryu Stones are one of the most popular hardscape stones used in aquascaping
$49.00 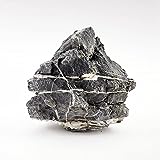 Choosing Plants for Your Aquarium

For Iwagumi, you’ll want carpeting plants that can be kept short and only overtake smaller stones. Monte Carlo, Micro Sword, Dwarf Baby Tears, and Dwarf Hairgrass are great for most of the cover.

Iwagumi aquascapes typically don’t use stem plants, but that doesn’t mean you can’t try them! They’re a bit more difficult to maintain, especially if you’re trying to keep them in proportion with the rest of your scene. Dwarf Rotala and East Indian Hygrophila are examples of stem plants that you could use to represent forests or other tall greenery. 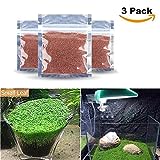 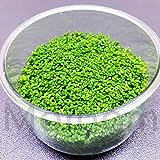 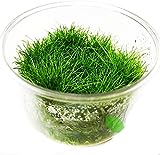 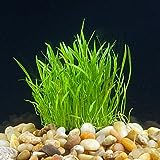 Micro Sword Aquarium Live Plant - Easy Foreground Carpet Plant
Provide natural resting and hiding places for your smaller fish and invertebrates; Does not need special or high intensity lighting; can be kept in any freshwater aquarium
$11.88 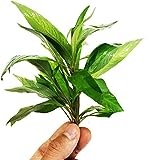 Fish play as big a part in Iwagumi as anything else, so it’s a good idea to look for schooling fish, rather than shoaling ones.

Cardinal and Rummynose tetras can add a pop of color to your aquascape, while Harlequin Rasboras aren’t quite as bright, but can still bring some interesting colors.

You can also include shrimp. Ghost shrimp go with just about anything and are easy to find at your local pet store. If you’re looking for something a little more colorful, Blue Dream, Red Cherry, and Amano shrimp all go beautifully with some tetra species.

Make sure to research different species, as not all of them are suited to Iwagumi due to the minimalistic approach to decor. Many of them like to have places to hide and can stress too much when introduced to open space if they’re not used to it.

This can often be mitigated by having a big enough school, but not always! Different fish have different preferences.

The biggest part—making sure everything comes together after you’ve started.

The first month requires careful monitoring of plants and the growth of algae. Since you don’t have any fish or feeders to help balance things out, you’ll find things can get out of control pretty quickly.

Do a little research on the plants you choose and figure out what they need as far as nutrients and pH levels.

You’ll want to know what you’re putting in the tank before you start growing anything and get different water if you need to. Depending on where you live, tap water isn’t always suitable. In the beginning, it’s often easier to get different water than to try and treat it.

Test your water on a weekly basis. The earlier you catch a problem, the easier it is to fix it!

Fish shouldn’t be introduced until about a month after you’ve started growing and your plants have gotten to a stage where the substrate layer is completely covered.

Some substrates leech ammonia for a while after you introduce it to a tank, so you need to make sure your aquarium is habitable with frequent water testing.

If you’ve never kept an aquarium before, your best resources will be geared more towards fishkeeping. We’ve included some resources on how to get started with aquariums, as well as some “prevention” resources to make sure your fish stay healthy! 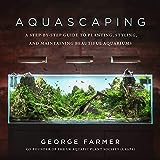